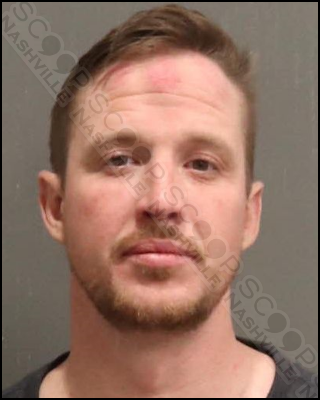 35-year-old Wisconsin tourist Christopher Taylor was kicked out of Larry Flynt’s Hustler strip club in downtown Nashville in the early hours of Monday morning for reportedly inappropriately touching a dancer. He refused to leave the property despite multiple demands from the management of the establishment. Metro Nashville Police arrived at the location, and he continued to refuse to leave the strip club. He was transported to booking and charged with criminal trespass. Taylor was married to Kelsey Jones in October of 2022.

Christopher Taylor of S. Park Ave in Fond Du Lac, WI, was booked into the Metro Nashville Jail on January 9th, charged with criminal trespass. A judicial commissioner set his bond at $500.