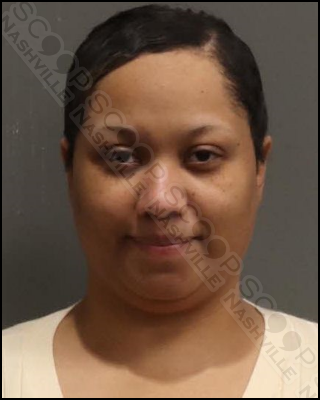 Police say 38-year-old Twanta Lashea Chase drove a black sedan to the InTown Suites Extended Stay Hotel in Madison on November 28th and pulled up to where Takoria Primm and her boyfriend were standing outside. She exited her vehicle with a handgun and stated, “You didn’t think I was gonna come?” she then approached Takoria Primm while waving the gun and threatened to kill her, approached the woman’s boyfriend, then reportedly fired several shots. Chase fled the scene before officers arrived, and a felony warrant was issued for her arrest. Officers confirmed the events via hotel security video. She was booked on the outstanding warrant this week.

Twanta Lashea Chase was booked into the Metro Nashville Jail on January 8th, charged with aggravated assault with a deadly weapon. A judicial commissioner set her bond at $3,500.