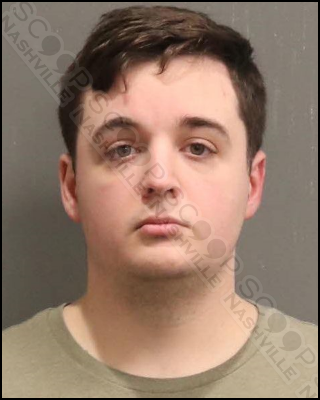 26-year-old Jeremy Beard was the sole caretaker of a 6-month-old infant on November 2 that had to be rushed to Vanderbilt Children’s Hospital when he became unresponsive. Doctors say the child suffered an acute brain hemorrhage, brain compression, extensive retinal hemorrhages, a leg fracture, and multiple bruises to his head and face, all of which are indicative of “inflicted abusive head trauma,” according to medical records. During an interview, Beard told police the chile became “pretty fussy” while in his care. He was booked into jail Wednesday morning and is held in lieu of a half-million-dollar bond.

Jeremy M. Beard was booked into the Metro Nashville Jail on January 11th, charged with aggravated child abuse. A judicial commissioner set his bond at $500,000.