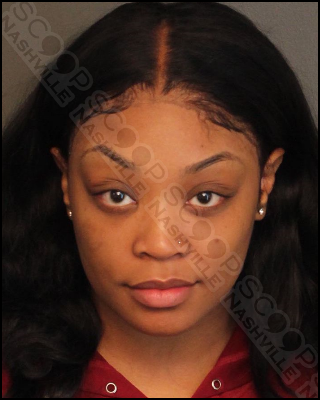 29-year-old Kelley Colbert makes her 3rd appearance on Scoop: Nashville in 3 years, once again charged with the domestic assault of her on-again/off-again lover, Ryan Mitchell. In the past, she bleached all of his clothes in 2019, and in 2022 she was caught on video scratching her ex-boyfriend and destroying his vehicle by smashing it with a large rock, breaking out windows, and keying it on three sides. Making her 2023 debut this week, she was jailed on an outstanding warrant from December, which alleges she attempted to gain entry to Ryan’s bedroom via a connecting bathroom. As she attempted to break down the door, she screamed, “I’m going to kill you!” which rightfully made Ryan fear for his life. He fled the residence, and a warrant was issued for her arrest.

Kelley Colbert was booked into the Metro Nashville Jail on January 6th, charged with domestic assault with fear of bodily injury.