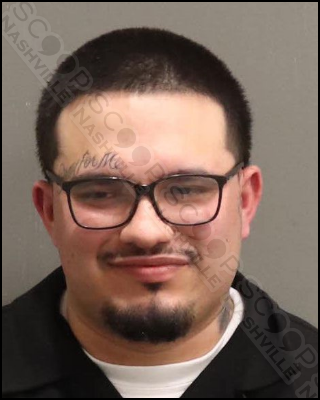 28-year-old Christian Montion-Dominguez was at the Holiday Inn Express on Broadway in the early hours of Saturday morning, yelling and screaming at security and front desk staff, who confirmed he was not a guest of the hotel. He made multiple threats against both people and refused to leave the property. As police took him into custody for trespassing, they noted him to be extremely intoxicated.

Christian Angel Montion-Dominguez of Vineyard Dr in Oakley, CA, was booked into the Metro Nashville Jail on January 14th, charged with disorderly conduct and public intoxication. A judicial commissioner set his bond at $100.