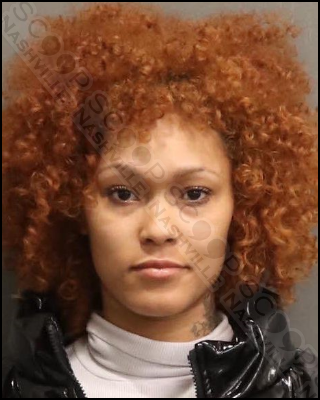 24-year-old Millennium “Mille” Baker reportedly arrived at the Antioch home of her ex-boyfriend, Kedron Harper, in June and banged on his door until he told her to leave the property as he was not wanting to have an argument with her as he was spending time with his new girlfriend. At 5:45 a.m. the next morning, she returned to the home and kicked through the front window of the residence, and began to talk through the hole in the window. After she said her peace, she went to the parking lot and stole the license plates from the vehicles of her ex-boyfriend and his new girlfriend and slashed the tires of both vehicles. Warrants were issued for her arrest, and she was booked into jail this week.

Millennium Baker of Anna Gannon Dr in Laverne, TN, was booked into the Metro Nashville Jail on January 13th, charged with vandalism and theft. A judicial commissioner set her bond at $1,500.