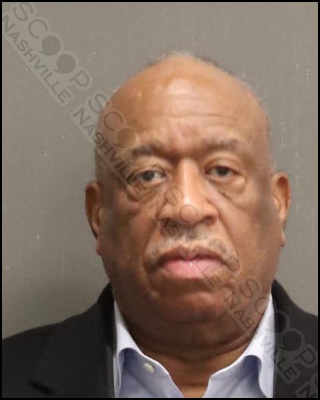 73-year-old Funeral Home Owner Melvin Smith, of Smith Brothers Funeral Directors on Monroe Street, hired Nalor Smith to repair some potholes in the parking lot of his North Nashville funeral home on January 7. When the job was complete, Smith reportedly broke their verbal agreement on the terms of the work and stated he wasn’t going to pay Nalor for his work. Nalor and his two employees prepared to dig up the work they had already completed since it wasn’t going to be paid for, and Melvin Smith brandished a handgun and first a shot into the air at 3:50 p.m. This placed all of the workers in fear, and they packed their things and waited for the police in the parking lot across the street.

Melvin J. Smith of Monroe Street in Nashville, TN, was booked into the Metro Nashville Jail on January 17, charged with felony aggravated assault with a deadly weapon. He is free on a $2,000 bond.