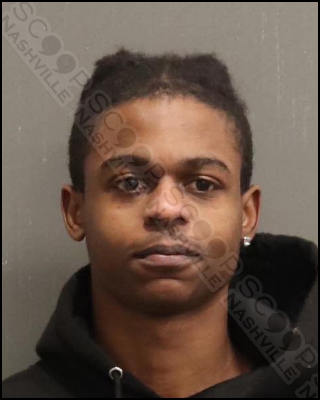 20-year-old Shakeim “Wilton” Dunbar admits to snatching the wig off the head of his girlfriend, Robnique Goodner, during an argument on January 14. The two were in a verbal argument when he plucked the postiche from its position. Robnique told police it left a bald spot on her head, and they observed a small amount of dried blood in her ear. She reportedly hit him in self-defense during the hair heist. Dunbar was taken into custody and charged with domestic assault.

Shakeim “Wilton” Dunbar of 26th Ave N in Nashville, TN, was booked into the Metro Nashville Jail on January 14, charged with domestic assault with provocative contact. He is free on a $1,000 bond.