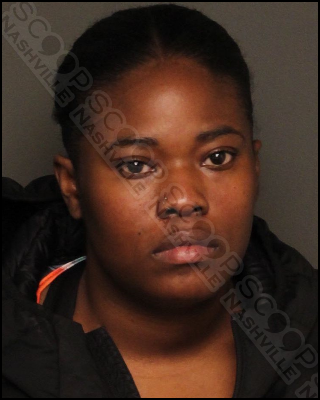 28-year-old Karstea Johnson sold a Michelob Ultra to a confidential informant with the Tennessee Alcohol Beverage Commission (TABC), who presented an ID stating their age as 19, which Johnson visually checked. A special agent witnessed the sale, which occurred during the Nashville Predators hockey game on December 13, and issued a citation to Johnson for the crime. She was booked on that citation this week.

Karstea Johnson of Millwood Drive in Nashville, TN, was booked on the citation on January 17th, charged with alcohol sale to a minor. She is scheduled to appear in court in March.