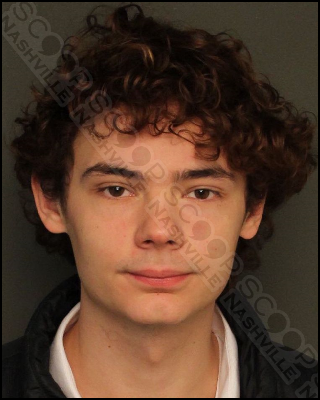 20-year-old Nashville musician Oscar Lindsey was caught in the act of spray painting graffiti on the abandoned White Castle building on Charlotte Pike. Oscar was holding a can of spray paint when approached by police. He was issued a state citation for vandalism and was booked on that charge this week. Lindsey has a new song, “Three Strike Policy,” available on his “B sides” album, available on all platforms.

Oscar Lindsey of Eastwood Ave in Nashville, TN, was booked on the citation on January 17th, charged with vandalism, and is scheduled to appear in court in March.