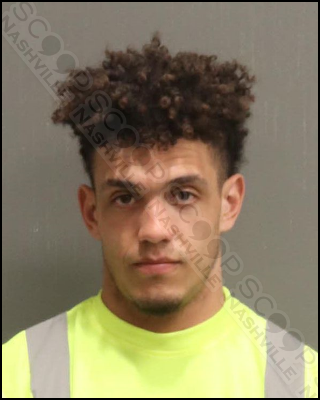 30-year-old Cameron Sathngam drove his 2006 Nissan Maxima into a stranger’s driveway at 4:30 p.m. Wednesday, striking their parked vehicle and colliding with their garage door. Officers arrived and noted his extreme level of intoxication. Cameron stated, “I just hit the car,” but could not recall any events that led up to the crash. He attempted to hand officers his credit card when asked for his proof of insurance. He performed poorly on field sobriety tests and blew a 0.241% BAC on a breathalyzer — more than triple the legal limit.

Cameron Sathngam of Central Pike in Hermitage, TN, was booked into the Metro Nashville Jail on January 18th, charged with driving under the influence. A judicial commissioner set his bond at $1,000, and the Davidson County Sheriff’s Office gave him pre-trial release from the facility.