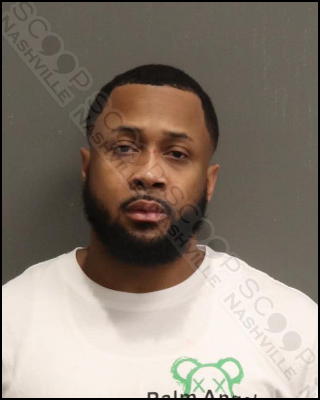 Police say 35-year-old Renauld Clayton made an illegal u-turn at 11th & Broadway, just one block away from his home, just after 11 p.m. Wednesday. Officers conducted a traffic stop and reported immediately smelling alcohol as they approached the vehicle. He claimed not to have consumed any alcohol, but his female passenger claimed the smell was coming from her. He performed poorly on field sobriety tests, despite arguing that he passed them all. He was taken into custody and charged with DUI. In 2022, Clayton was sentenced to 32 months in federal prison for his student loan fraud scheme at Tennessee State University, where he was an employee.

Renauld D. Clayton of Broadway in Nashville, TN, was booked into the Metro Nashville Jail on January 19th, charged with driving under the influence. A judicial commissioner set his bond at $2,500.