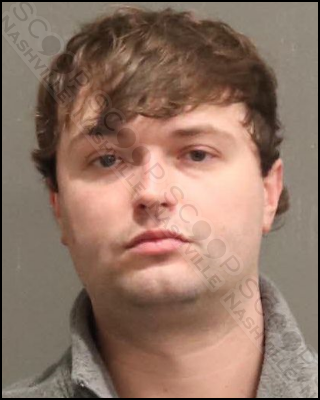 29-year-old Austin Cox became disorderly and refused to leave Yee-Haw Brewing in downtown Nashville late Saturday night. Bouncers say he continued to return multiple times until he was eventually detained for trespassing. They flagged down nearby officers who took Cox into custody and charged him with criminal trespassing.

Austin Tyler Cox of Hathaway Ln in Nashville, TN, was booked into the Metro Nashville Jail on January 22nd, charged with criminal trespass. A judicial commissioner set his bond at $100.