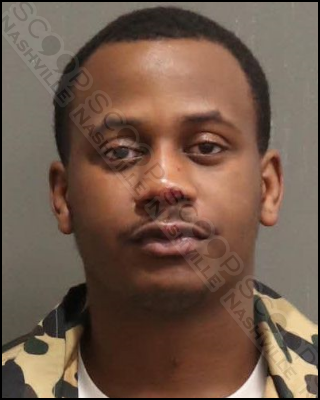 21-year-old Ja’Korey Hunter was at Play Dance Bar at 2 a.m. Saturday when police say he sexually assaulted Brittanee Anderson. According to witnesses and video of the incident, Hunter walked up behind the victim, who was dancing with her friend, Kolton Dixon. He then reportedly put his arms around her waist and then placed his hand up her dress, touching her genital area and fondling her. She immediately confronts Hunter and punches him in the face. Kolton Dixon then threw Hunter to the ground. Security responded and detained Hunter until police arrived. Our partners at Clarksville Today previously covered Hunter’s DUI in October.

Ja’Korey Hunter of Brookside Drive in Goodlettsville, TN, was booked into the Metro Nashville Jail on January 21, charged with sexual battery. A judicial commissioner set his bond at $10,000.