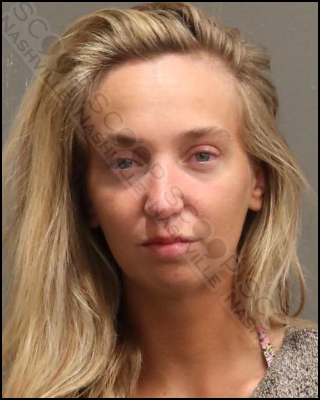 A concerned citizen followed a red BMW driving by 27-year-old Amber Collins to a convenience store on Haywood Lance, concerned for her safety as she was reportedly swerving in and out of traffic and nearly caused multiple accidents. When police arrived, Collins had pulled into the parking lot of the gas station and fallen asleep at the wheel of her BMW, which was still running and near the gas pumps. After she was awoken she remained incoherent and was unable to answer questions. Inside the vehicle, officers found an open Smirnoff Vodka bottle, which was half empty.
She was charged with DUI.