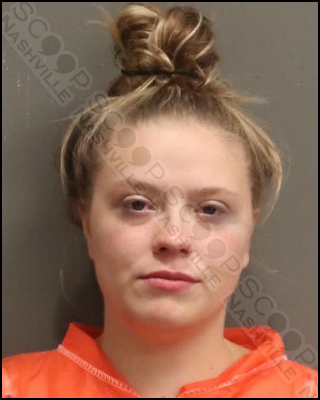 Metro Nashville Police Officers working the Entertainment District Initiative early Sunday morning say 25-year-old Heaven Flanery was standing in front of Jason Aldean’s Bar when she grabbed a bystander by the chin, scratching him. She claimed to know the man she assaulted, however, the victim had no idea who she was. It was determined Flanery was very intoxicated and was unable to tell police where she was staying, who could take care of her, or where her phone was. Due to her inability to care for herself, she was transported to booking and charged with public intoxication.