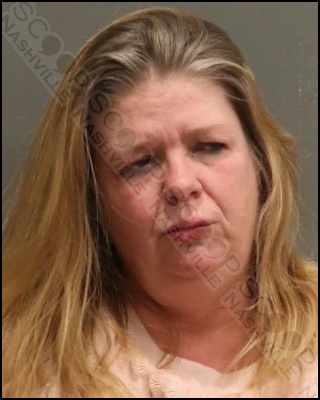 51-year-old Nicole Noe crashed her Saturn SUV into a utility pole on Charlotte Ave late Sunday night but reassured responding officers that her suspended license wasn’t relevant, as she wasn’t “driving,” she was “traveling.” She repeatedly told officers, “I’m a nurse at Vanderbilt,” as she adamantly refused all medical treatment, stating she would know if she needed medical attention. She admitted to drinking alcohol earlier in the day, and performed poorly on field sobriety tests. She was taken into custody and charged with DUI. Records show that Noe received her CNA license with the state in 2003, which expired in April 2022. 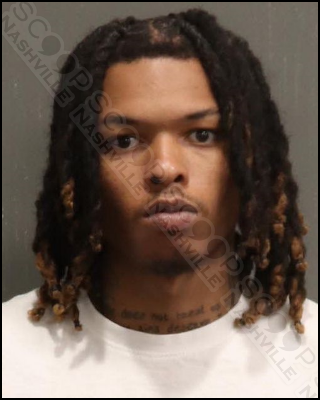 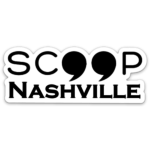 #VIDEO: Nashville Bounty Hunter Michael Bolden often posts videos to his 40,000 TikTok followers, showing wanted fugitives he has captured for bail bond companies. Late Thursday night, it was the sister of a fugitive who was behind the camera as Bolden watched his fugitive escape his custody in a wild ride on Dickerson Pike, part of which included Bolden backing into the sister’s car when she blocked him in, Bolden firing his gun at the sister’s car, and eventually driving down Dickerson Pike with his fugitive hanging onto the outside of his vehicle while she is still cuffed to the dashboard inside. The fugitive, Antoinette Hall, eventually slipped her handcuffs after he pulled over, and she escaped from his custody. 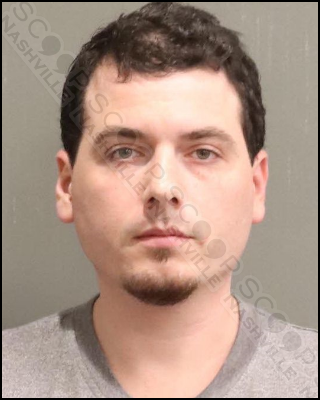 Metro Nashville Police responded to a vehicle parked on the side of I-40 in the early hours of Tuesday morning. Behind the wheel, officers observed 26-year-old Michael Lelli sleeping for a considerable amount of time before being able to wake him. Once awake, he reportedly stumped on his feet and reeked of alcohol, and performed poorly on field sobriety tests. Lelli admitted to consuming “one beer and two mixed drinks” prior to driving. He was charged with DUI 2nd and driving on a suspended license. He has a prior DUI conviction from 2017, according to police. 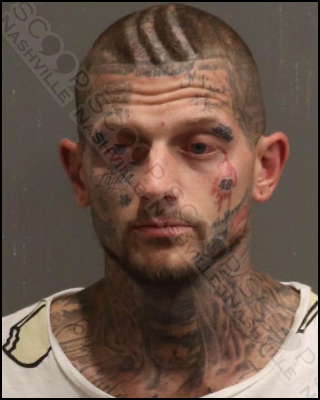 32-year-old Billie Pace was the driver of a vehicle parked at the HomeTowne Studios on Murfreesboro Pike Tuesday. Officers were in the area and ran the tag, which came back as stolen during a robbery. As officers attempted a felony stop at gunpoint, Pace put the vehicle in reverse and fled from the parking spot. Spike strips were deployed at the entrance/exit to the extended-stay complex but did not immediately stop the vehicle. The rubber eventually separated from the rim of a front tire near Kipling & Connelly Drive, and Pace gave up the chase, unable to control the vehicle. A search revealed a syringe and a glass crack pipe, and Pace refused to be interviewed. In addition to the pending charges for the original robbery/kidnapping, he was charged with auto theft, drug paraphernalia, evading arrest, and driving on a suspended license. 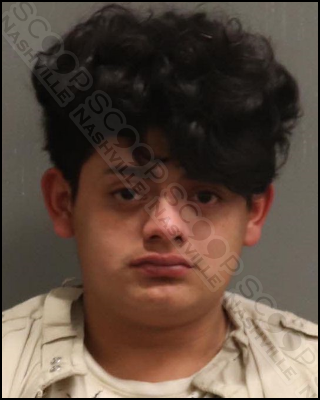 20-year-old German Zepeda was driving in Antioch when was driving on the wrong side of the road and crashed head-on into another vehicle. His two juvenile passengers, ages 14 & 17, both sustained injuries. He initially claimed his brakes were faulty, causing the crash, however, police noticed his eyes were extremely watery and he was slow to respond to commands and answer questions. Zepeda denied drinking, however, admitted to smoking one marijuana-filled blunt, approximately ten minutes prior to driving.