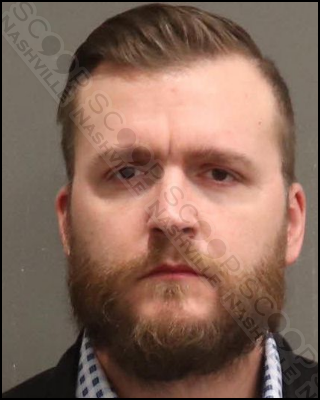 36-year-old John Ballard was jailed Tuesday on an outstanding warrant charging him with an earlier domestic assault of his wife. The victim, Lindsay-Rae Millard, says she was currently living at a different residence when John arrived unexpectedly. When she responded to the knocking on the door, she says he barged through and entered the home uninvited. He reportedly grabbed her and slammed her head into a wall, injuring her. A warrant was issued for his arrest. After he was booked Tuesday, he was released on his own recognizance.