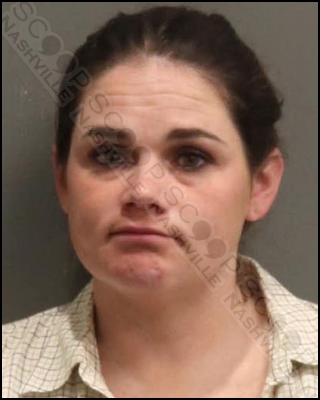 32-year-old Kaley Lee was jailed early Sunday morning in downtown Nashville after she pushed by police in an effort to get into an ambulance that was about to transport her sister. The two were outside of Legends Corner on Broadway in downtown Nashville when medics determined her sister needed to be transported and loaded her into an ambulance. Lee was adamant about riding in the ambulance with her sister, but Nashville Fire medics denied her request. She screamed for officers to “Let go of me!” as she attempted to be with her sister, and they took her into custody and booked her into the jail with an eight-hour hold for public intoxication.