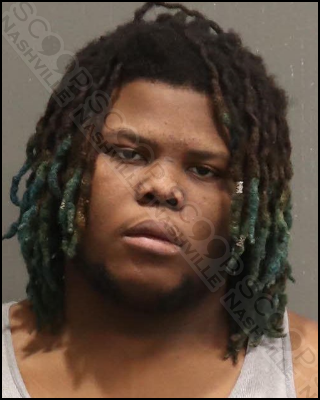 Police say 18-year-old Mikel Klean and a 16-year-old were inside a black Chrysler Sebring smoking marijuana in East Nashville when shots were fired from their vehicle, causing neighbors to call 911. Officers located the vehicle, after it initially fled from them, at a nearby residence, and as they knocked on the door, both teens fled from the rear of the home. Both quickly surrendered and were taken into custody. 10 grams of marijuana was located in the vehicle during a search.