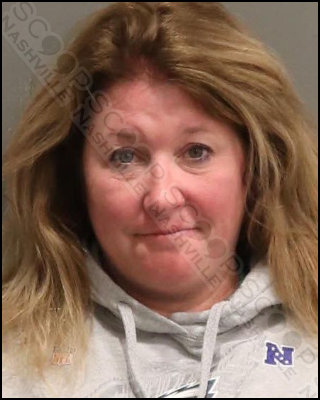 51-year-old Deanna Paul was jailed early Saturday morning after a fight with her lover, Zachariah Coker, at the Residence Inn by Marriott Nashville Vanderbilt. The two were out drinking on Broadway in downtown Nashville Friday night when Zachariah decided to return to the hotel while Deanna stayed downtown. Once she returned to the hotel, Zachariah says she began to hit him in the face and bit his finger until she pushed him out of the room and locked the door. Deanna says she only bit his finger because he stuck it in her mouth while they were physically fighting. Officers documented injuries to the victim’s face and finger and took Deanna into custody, charging her with domestic assault. 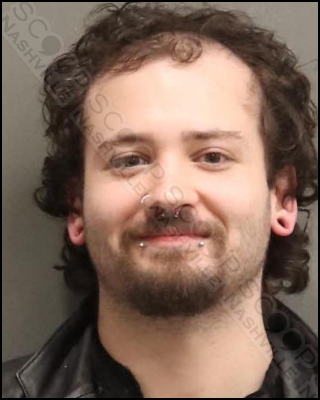 24-year-old Jeffrey Brayden Thrasher crashed his black Jeep Cherokee into a rock retaining wall on Gallatin Pike just before 5 a.m. Saturday and drove for a short distance before his vehicle became disabled in the roadway. Officers arrived to find damage to the front end of his vehicle, as well as a destroyed front right tire, leaving only the rim. Thrasher stated he had consumed alcohol throughout the night at Play Dance Bar on Church Street in Nashville, and he was “just trying to get home.” A search incident to arrest also revealed a metal flask containing alcohol. 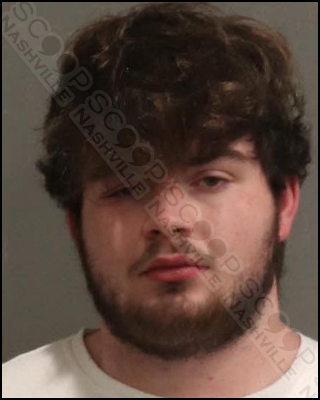 20-year-old Anthony Brown says he consumed “two 12 oz beers” at Top Golf before reaching his car on Briley Parkway early Saturday morning. During the crash investigation, officers located a fake state identification card and confiscated it. Brown performed poorly on field sobriety tests and was transported to the hospital for a blood draw and then to booking. 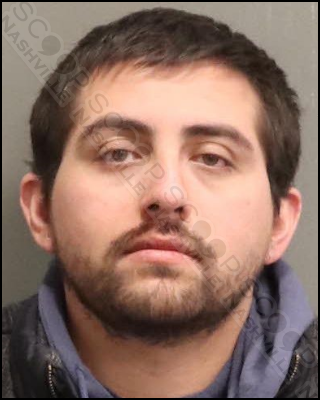 26-year-old Alan Hurtado told police he just wanted to “go home and sleep it off” when they found him crashed in his vehicle at the I-24 / I-440 entrance ramp in the pre-daylight hours of Saturday morning. He stated he did not know what happened and refused all medical assistance. He advised he had a “few drinks” with friends in downtown Nashville prior to driving. Hurtado performed poorly on field sobriety tests and later blew a 0.155% BAC on a breathalyzer. 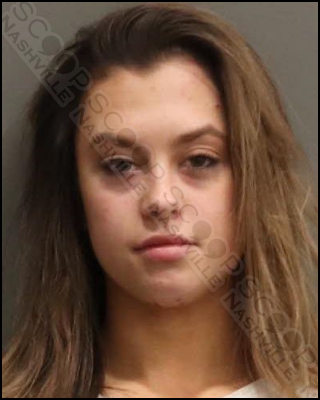 20-year-old Kaylee Gentry says she consumed “one and a half tequila drinks” prior to crashing her car near Marengo Ln & McNairy Ln in the early hours of Saturday morning, causing injuries to others. Gentry was sitting on the ground when officers arrived and was unsteady and had to brace herself to stand to speak to them. She performed poorly on field sobriety tests and later blew a 0.192& BAC, more than double the legal in Tennessee. 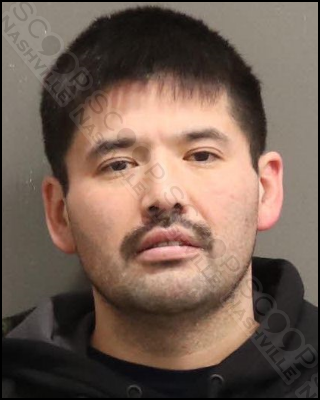 Security staff of the Old Red bar in downtown Nashville flagged down nearby Metro Police officers after a patron, 38-year-old Clifford Cleaver, had challenged a street vendor and other patrons to a fight. Officers arrived to find Cleaver extremely intoxicated and attempted to find a way for him to get back to his hotel, but he was not sure where he was staying. Left with no other options, Cleaver was taken into custody and charged with public intoxication. 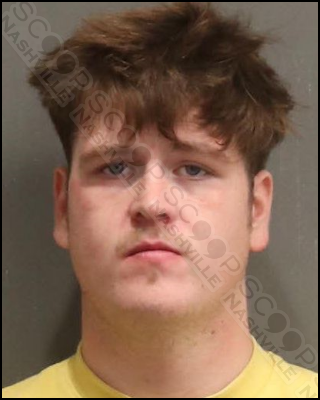 23-year-old Tyler McDuffie was kicked out of Kid Rocks’s bar on Broadway in downtown Nashville just before 1 a.m. Saturday after assaulting security staff. After being trespassed from the venue, McDuffie returned while extremely intoxicated. Nearby officers took him into custody and charged him with criminal trespass. 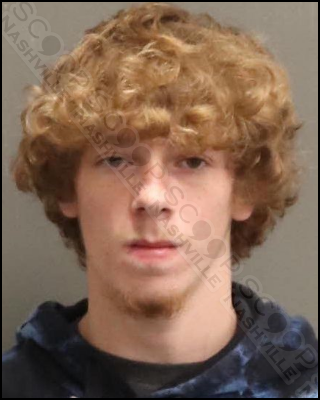 Citizens called police to report teenagers were firing pellets from a water pellet gun at random people in downtown Nashville late Friday night. Officers located one of the teens, 18-year-old Eli Sherrill, in a parking garage at 314 Church Street. It was determined Eli’s truck was parked in the garage, and as officers approached, they could see the handle of an actual handgun under a tire in the bed of the truck; it was loaded with a round in the chamber. Inside the cab of the truck, officers located water pellets, two water pellet guns, and a bottle of liquor 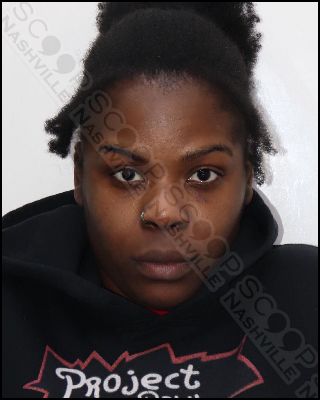 23-year-old Linda Edouard was jailed this week on an outstanding warrant charging her with an aggravated assault with a deadly weapon at Juicy Seafood in Antioch. The warrant alleges that in November, Linda pushed up against Tanesha Jenkins, who was at the restaurant with her four-year-old daughter. Jenkins says Linda put a hard object against her back. As Jenkins was leaving the location, an argument ensued, and as they were both exiting, Linda reportedly pulled a gun from her waistband, pointed it at the victim, and threatened to shoot her. The child’s father, who is Linda’s ex-boyfriend, witnessed the incident. 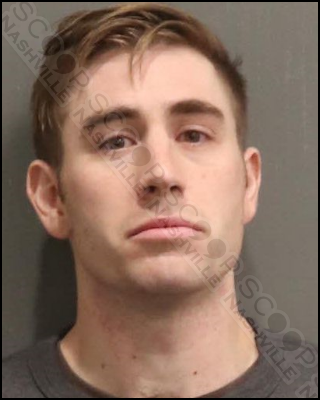 26-year-old soldier Tyler Rakar was kicked out of Whiskey Row late Friday night in downtown Nashville. After being removed, an officer met him outside and attempted to get him a ride home due to his extreme level of intoxication. As he pretended to call for a ride on his cell phone, he moved away from officers and attempted to re-enter Whisky Row by forcing his way through the exit doors. Rakar began to plead and cry not to be arrested and was staggering when attempting to stand. He was taken into custody and charged with public intoxication.