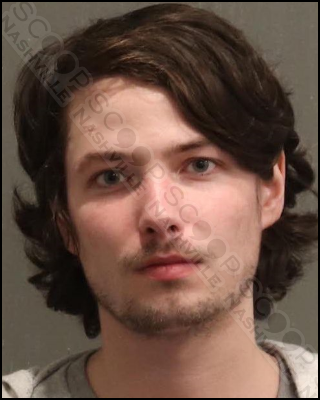 On December 22nd, 24-year-old Asher Wilkins disclosed to his parents, Jefferson & Cathy Green Wilkins, that he was molested as a child, and became upset when he says they didn’t do anything about it. His father claims that Asher never told them about it before. Asher became so angry during the conversation that he punched a hole in the wall and broke a leg off the dining room table. His parents pressed charges for vandalism, and a warrant was issued for his arrest, as he had already left the location in anger. Asher Wilkins was booked into the Metro Nashville Jail on the outstanding warrant on December 28th, and is free on a $1,000 cash bond.