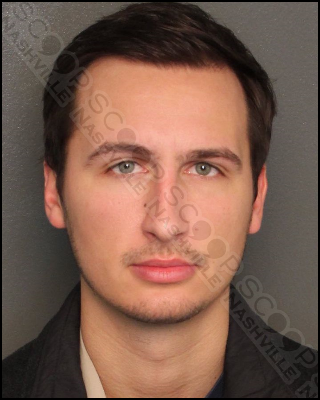 25-year-old Anthony Castiglia was booked on a citation for DUI this week stemming from a December crash that sent him to the hospital. Court records show Castiglia told officers he intentionally rammed his vehicle into a tree on Ellison Place. Officers found several consumed cans of White Claw in both the front and back seats of the vehicle. He was transported to Vanderbilt and admitted due to internal injuries.

Castiglia, of 3307 Nevada Ave, self-booked on January 11th, and is scheduled to appear in court in March.