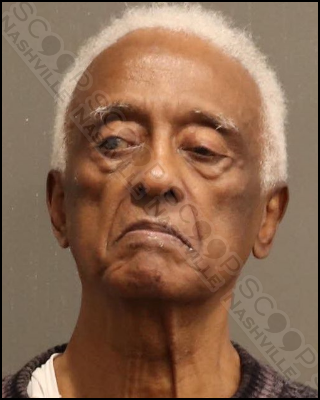 76-year-old John Collins was booked into the Metro Nashville Jail on an outstanding citation charging him with the false imprisonment of a juvenile boy who he had befriended about six months prior. While he was babysitting the juvenile, Collins says the child stole $200 from his apartment, which is inside the Green Hills Retired Teachers Apartments Tower. After he called the child’s mother he refused to bring the child down from the secured complex for over two hours, stating he was afraid the boy would run off on him. The child said he was not allowed to leave.

John Collins was charged with false imprisonment and was later released on his own recognizance (ROR’d).