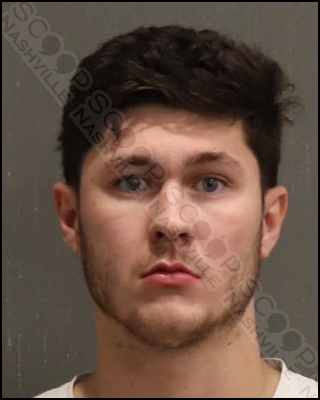 21-year-old Ryan Timmerman, from Florida, is charged with the domestic assault of his girlfriend, Sara Weiss, after hotel staff called police after hearing him yell on the 2nd floor of the hotel and observed him grabbing and pushing his girlfriend, who explained he was “extremely intoxicated” and they got into an argument in the hallway. Timmerman is free on a $1,000 bond.