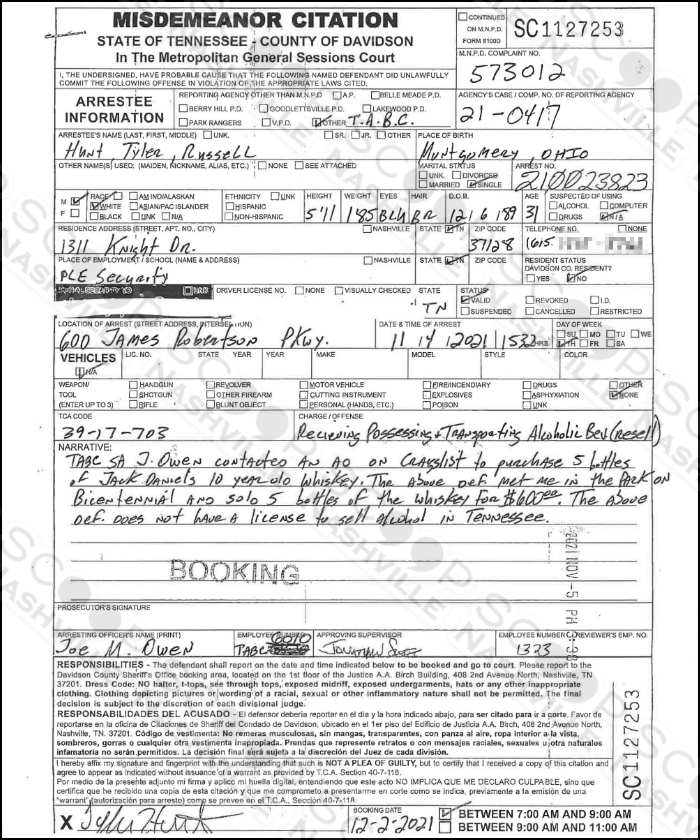 31-year-old Tyler Hunt was recently booked on a misdemeanor citation charging him with reselling liquor without a license. An undercover agent from the Tennessee Alcoholic Beverage Commission (TABC) responded to a craigslist ad on November 4th, which offered 5 bottles of ten-year-old Jack Daniel’s Whiskey for sale.

The agent met Tyler Russell Hunt at Bicentennial Mall in downtown Nashville to complete the transaction and purchased the bottles for $600. It was not immediately known where or how Hunt acquired the bottles of Whiskey. Hunt’s social media profiles list him as working at a downtown bar/venue, and his citation list ‘PLE Security’ as his place of employment. Hunt is scheduled to appear in court again in January. When reached via phone, he referred all questions to his attorney.

Hunt maintains an unarmed security guard license in the state of Tennessee.