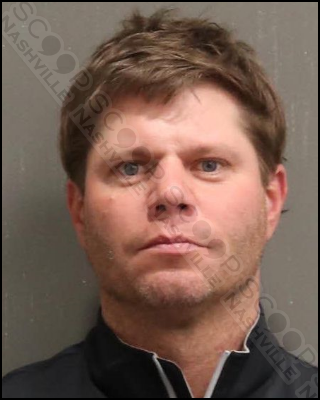 41-year-old Brian Traeger, who is president of Live Nation’s Tennessee Business Unit, and is in charge of programming at Ascend Amphitheater, told police he was completely at fault for hitting a parked car while driving his blue Audi A4 Saturday evening in Nashville, claiming he was texting and driving when the accident occurred. Officer say they smelled alcohol coming from Traeger’s breath, and that he was swaying and slurring his words during the interaction. When asked to perform field sobriety tests, Traeger reportedly agreed initially, then retracted his compliance and stated “just take a blood draw because it’s the most accurate”. Traeger was transported to Metro General Hospital for a blood draw and then to the Metro Nashville Jail, where he was charged with driving under the influence. He is free on pre-trial release.