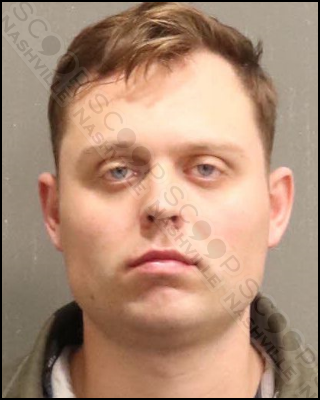 Vanderbilt University Police received a call regarding a person at the entrance of Medical Center East who was yelling and tossing items off a desk at the hospital entrance. 24-year-old Severin Shultis was located a short time later on campus and was identified as the person responsible for causing the scene. Police say he was extremely intoxicated and attempted to run around the officer who was placing him under arrest. He is charged with public intoxication and resisting arrest. Shultis is free on pre-trial release.

Shultis was booked into the CJIS database as “Shiltis”, a misspelling of his last name.