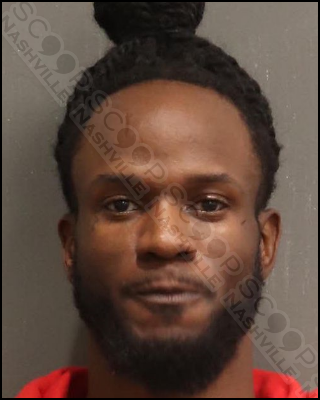 Metro Nashville Police inexplicably utilized the AirOne helicopter and multiple undercover units to intercept a car going 14 mph over the speed limit overnight. An arrest warrant indicates that MNPD detectives working the violent crimes initiative attempted a traffic stop on a 2013 Audi SUV for traveling 84 in a 70 mph zone. The vehicle refused to stop and reportedly fled at a high rate of speed. Air and ground units followed the vehicle to Hickory Hollow Terrace, where the sole occupant and driver, 30-year-old Masi Kingston, bailed from the vehicle and fled on foot. He was located and taken into custody, charged with misdemeanor evading arrest, and felony evading arrest by motor vehicle. Kingston is free on a $6,000 bond.