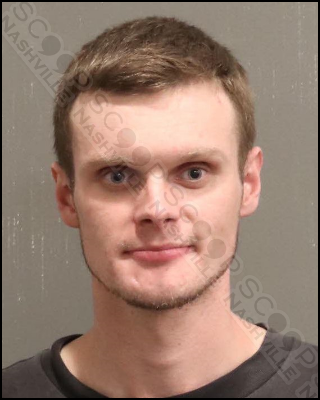 26-year-old Matthew Bain was inside his room at the Super 8 on Bell Road on Christmas Day when he called police to report that someone was sawing his door off the hinges. Officers responded to find no signs of any forced entry or foul play at the location. Bain then told officers how “Lit” he was, but was sad that he flushed the remainder of his drugs down the toilet when he believed someone was cutting off the things to come into his hotel room. With no drugs and no crime, officers cleared the parking lot and scene.

As they were preparing to leave, Bain began running down the sidewalk and into the middle of the road to stop them from leaving. He wanted to again tell them how “LIT” he was while sweating profusely and blocking their patrol cars from moving. He revised to move out of the way, so he was taken to jail and charged with public intoxication. His case was dismissed after the standard 8-hour hold.