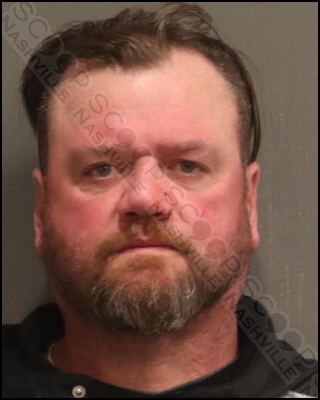 Bengals fan Keith Collins was booked into the Metro Nashville Jail Saturday after he and another fan were in a verbal altercation in a parking area, and when Apex Security Guard Roberty Wiley attempted to de-escalate the situation, Collins punched him in the face. Officers attempted to issue him a state citation, however, he refused to sign it so he was taken into custody.

Keith Collins was transported to booking and charged with assault. He posted a $2,000 bond and was released to his 2515 Buttermilk Pike address in Villa Hills, Kentucky.