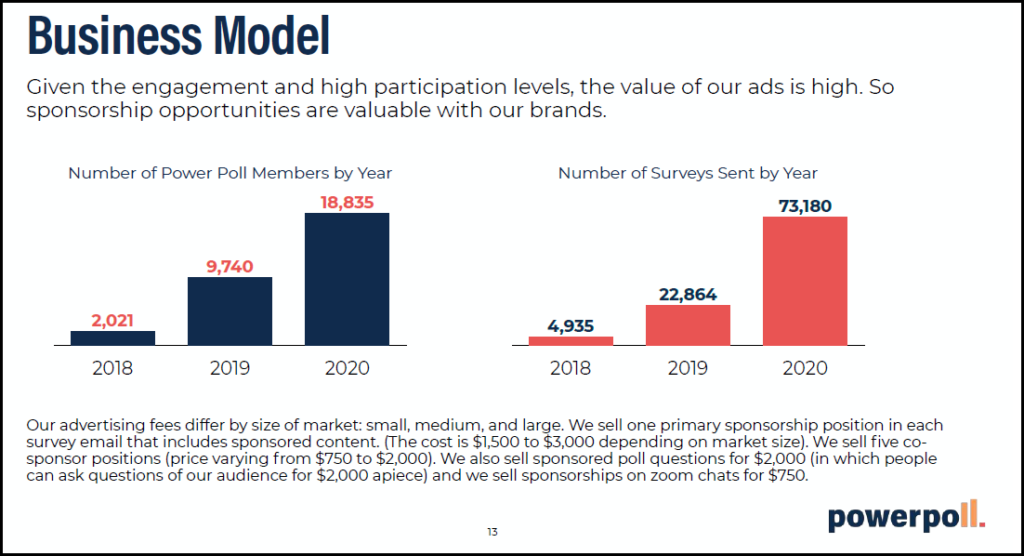 Bruce Dobie, the sole member and creator of Power Poll, LLC, is being sued in Davidson County Chancery Court by a former employee who says the Nashville entrepreneur hired her with a quarter-million-dollar yearly salary and then abruptly fired her and others a few months later after he could no longer make payroll. Her job was to grow the company as Chief Operating/Chief Revenue Officer, however, she says Dobie would not allow her to attend meetings with potential investors because she was a woman and “Nashville is a good ole boys club” where “women are not usually allowed”, according to a quoted statement in the complaint. Despite repeated complaints about sexual discrimination, she says Dobie never addressed the issue. Her employment contract states she’s entitled to a full twelve-month severance package, but she says Dobie won’t — or can’t — pay up.

In the lawsuit filed this week, Jill Peters says she was recruited by Bruce Dobie in January of 2021 and in February agreed to help with various tasks for the purpose of “helping Power Poll grow.” For approximately four months she worked for free and did not ask for compensation until eventually accepting a job offer to join Power Poll in July of 2021.

Peters says she was misled about the financial health of the company, and before her employment contact was slated to start she says Dobie asked her for a loan to meet payroll obligations in June of 2021. Dobie reportedly told her this was a “one-time thing” due to him receiving commitments from multiple investors that were about to “provide a few hundred thousand dollars in investments” to Power Poll.

Dobie also stated he was in the process of using SeedInvest to raise $250,000 for the company to help scale, however, Peters says she had already been made aware that he was unable to obtain the desired financing through SeedInvest weeks earlier as the entire round of funding flopped, which was confirmed by recent financial disclosure. Dobie also claimed both of the Poll’s largest advertising customers would be renewing for the new year, despite one of them informing him weeks prior that would not happen. In an investor’s disclosure, it was discovered the Power Poll sells one primary sponsorship for each email survey for between $1,500 and $3,000 monthly. Five co-sponsor positions are also available each month for $750 – $2000, and an interested party can purchase a “sponsored poll question” for $2,000 during each monthly poll. Power Poll boats one of their most successful “sponsored questions” was purchased by then Metro Council Member, now Mayor of Nashville, John Cooper (slide below). Cooper’s staff at the time shed some doubt on whether he actually paid for the specific question as claimed by Dobie uses in a marketing slide, and say the timing just isn’t right.

For a single email poll, Dobie envisioned earning up to $15,000 in advertising revenue for a market such as Nashville. However this last poll only had three small sponsors, and those were from members of the Power Poll.

In SEC filings, Power Poll lists Bruce Dobie as CEO, Kirk Davis as Executive Chairman of the Board, Travis Graham as the Chief Technology Officer, and Perry Del Favero as the Chief Product Officer. In the current-time filing with the SEC, Power Poll only had $16K in assets with $97K in debt, yet signed at least one $250K employment contract, with a full $250K severance guarantee, based on what now appears to be ships that had already sailed.

On the Power Poll’s FAQ page, Dobie writes: “But not all opinions are equal. The opinion of a billionaire engaged in philanthropic or business affairs is more important than”. In a financial statement, the company’s accountant discloses:

“The Company has incurred significant losses from inception of approximately $(403,366) which, among other factors, raises substantial doubt about the Company’s ability to continue as a going concern. The ability of the Company to continue as a going concern is dependent upon management’s plans to raise additional capital from the issuance of debt or the sale of stock, its ability to commence profitable sales of its flagship product, and its ability to generate positive operational cash flow.”

Just seven months into her employment, Dobie reportedly hosted a Zoom call with Julie Peters, Sean Donnelly, and Daryl Swanson, during which he stated Power Poll, LLC, did not have enough money to continue paying them and their contracts had ended.

Mayor John Cooper is also a reader and participant in the Power Poll. You may wonder, just how does the Power Poll Operate? While the website would lead many to believe the list is hand cultivated and chosen by leaders in the handful of markets where their poll results are emailed to a handful of mostly twitter-popular people, an industry posting actually reveals they simply “aggregate email list of powerful, influential people in U.S. towns and cities” — and you might be wondering how those lists are found? mostly in public databases and media/press distribution lists, media contacts, city council members, attorneys, judges, and business owner databases,

You can even search on the Power Poll website to see which people they have spammed after harvesting their email address have responded, signed up, and even their participation rate in the monthly power polls. Former Mayor Megan Barry and her husband, who both seem to have lots of free time, have a ‘gold star’ which means they’ve participated in 100% of the power polls over the last year.

Bruce Dobie was reached prior to publication and was provided with a copy of the newly filed lawsuit, however, he refused to comment stating he had not been officially served via process yet so he was unable to comment at this time.