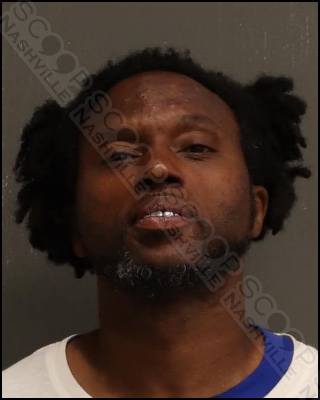 The two females called 911 to advise the man had exposed himself to them aggressively, stepping out in front of them with his exposed penis pulled out of his jeans, asking “do you want to suck it?” As the two females attempt to continue walking down the street he continued to yell and act aggressively toward them.

Police arrived to find everyone still at the scene and took Rodney Jermaine Mason into custody. He was transported to booking, where he was admitted at 2:30 a.m., charged with two counts of indecent exposure. At 4:20 a.m. he exited the jail, via pre-trial release.