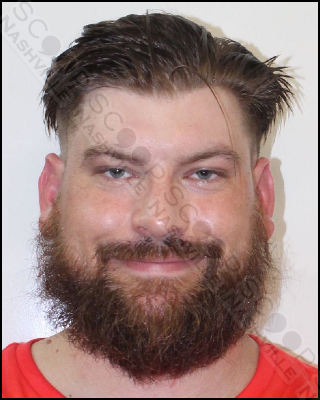 William Dalton Allen was in downtown Nashville celebrating his 30th birthday last weekend when police found him passed out in the alley near 411 Broadway. He was reportedly too intoxicated to stand on his own two feet, so had to be escorted with assistance to a nearby patrol car, and transported to booking, where he was charged with public intoxication.