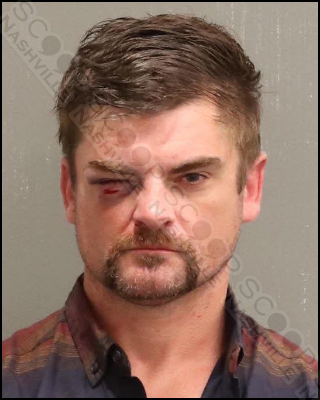 38-year-old Justin Cook, of Florida, says he lost his wallet at Whiskey Bent Saloon in downtown Nashville. During his search for it, he reportedly was pushing and shoving patrons, and when security intervened he resisted and fought with them, causing them to strike him in the face. Police were called, he continued to be belligerent and causing a scene, so he was taken into custody, charged with public intoxication and disorderly conduct. He is free on pre-trial release.