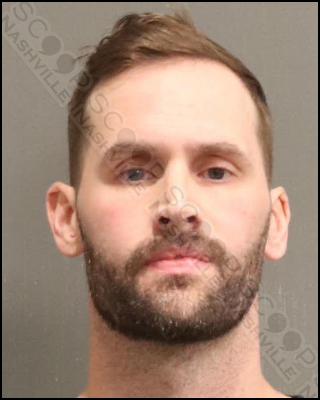 34-year-old Matthew Gwynne, former pro basketball player and Married at First Sight star, was booked into the Metro Nashville Jail as he arrived at a party at a downtown bar Sunday night, as other partygoers were aware of his outstanding warrant for an incident earlier in the weekend. Court records show he was with his “on-again/off-again” girlfriend at a party and after an argument said he was going back to her place, to which she said no. He returned to her home despite her wishes, breaking thru the door from the frame. He is charged with felony domestic vandalism and is free on a $2,500 bond.