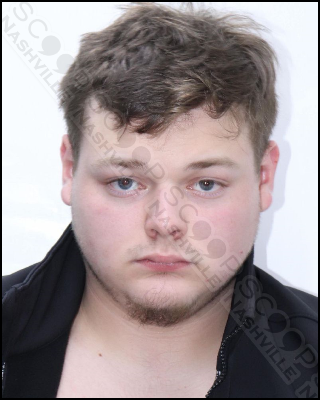 22-year-old Phillip Pate was booked into the Metro Nashville Jail Saturday, where he was only charged with public intoxication. Police initially responded to Jason Aldean’s bar in downtown Nashville, where Pate says he was pushed by another patron, Richard Frederick Randall. Pate then punched him in the face, breaking his nose and sending him to the hospital for treatment. Police could not locate any witnesses or bouncers who were willing to come forward as a witness, and the victim was at the hospital, so Pate was charged with public intoxication, booked into jail, and released after eight hours with all charges dismissed.