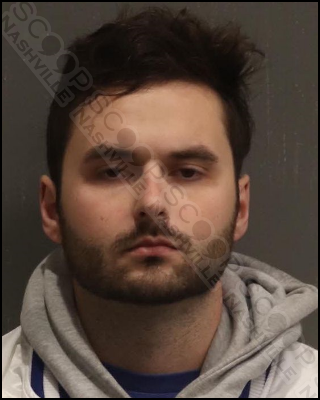 Metro Police arrived to find 28-year-old Zachary Tyler Yonts asleep in a chair on the front port of an East Nashville home on Marsden Ave just before daylight Sunday. The residents had initially called police to report a stranger knocking on their front door. Officers woke the man up and determined he was intoxicated to the point he was unable to care for himself, and it was unsafe to leave him in public. Yonts was transported to booking and charged with public intoxication.