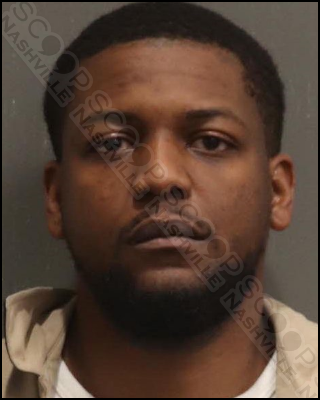 25-year-old Braquece Smith, from Texas, now faces a felony charge in Nashville after police initially charged him with public intoxication after he was extremely intoxicated and had urinated near 4th & Broadway. Once at booking, deputies found a white powdery substance, suspected to be drugs, on him. Smith was additionally charged with bringing contraband into a jail, which is a felony in Tennessee.

Braqueece ‘Braque’ J. Smith was booked into the Metro Nashville Jail, charged with public intoxication and contraband inside a penal institution. He is free on pre-trial release to his 4041 Law Street address in Houston, TX.