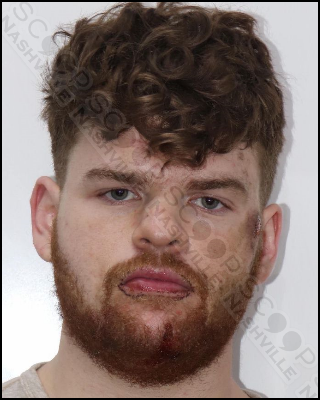 Metro Nasvhille Police say 23-year-old William Britt was leaning on a random car at 317 Broadway in downtown Nashville, and someone asked them to check on him. Upon arrival, officers found Britt to be extremely intoxicated, uneasy on his feet, and reeked of alcohol. He told the officer he only had two beers at Jason Aldean’s bar shortly before the interaction. He could not answer any questions about where he was going, where he was staying, and was without a phone, wallet, or transportation. He was transported to booking.