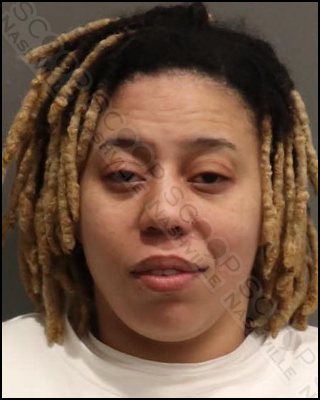 Police say 39-year-old Kenyatta Brown slapped her mother in the face and pushed her to the ground when her mother, Gladys Wills, came to her room and asked her to “keep it down” as she was reportedly talking loudly on the phone. Her mother suffered an injury to her elbow from the assault.

Kenyatta C. Brown was booked into the Metro Nashville Jail on February 12th, charged with domestic assault with bodily injury. She is free on a $1,000 bond and was released to her 206 Queen Ave address in Nashville.