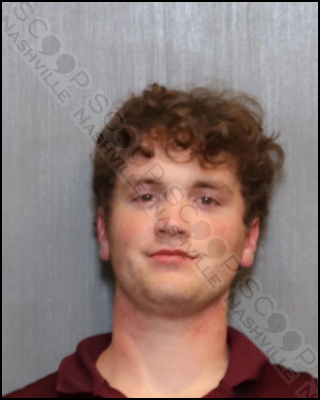 Metro Nashville Police arrived at 329 Broadway in the early hours of Friday morning due to security alerting them to a man that refused to leave the premises and was causing a disturbance. He was banging on the doors, demanding to be let inside, and was attempting to open the doors of the bar. He told police he had lost his identification inside and wanted to go to look for it, but security refused him entry. Police say he was intoxicated and didn’t know the address of where he was staying, only that it was “an AirBNB south of town”.

Zachary Dyer was booked into the Metro Nashville Jail at 4:47 a.m. Friday, charged with public intoxication.