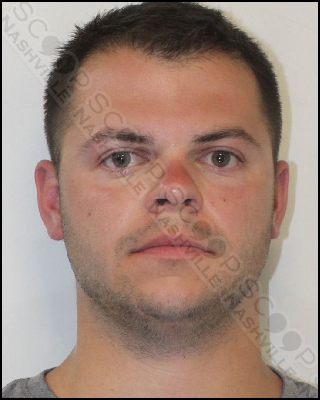 Nashville Police found 24-year-old Colin Gavin, of Ft. Collins, CO., on the sidewalk of Margaritaville in downtown Nashville Saturday at 6:32 p.m. He reportedly did not know where he was, nor where his friends were.

Lying on the sidewalk, officers noticed a very intoxicated Colini Gavin and noted the time was only 6:32 p.m. He was alone and reeked of alcohol. When asked how much he had to drink, but it was unclear of his answer due to his slurred words. He was unable to stand on his own, and he was unable to answer where he was, or where his friends were at. Due to being an obvious danger to himself if left alone, he was charged with public intoxication and transported.