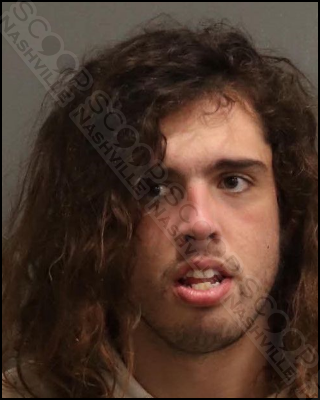 29-year-old Tyler Rasband was found at a Broadway convenience store in downtown Nashville wielding a syringe, threatening to stab people with it. An employee of the location attempted to get him to put the syringe away and leave the property, but police eventually had to be called to take him into custody. He is charged with aggravated assault with a deadly weapon, and jailed in lieu of a $10,000 bond.