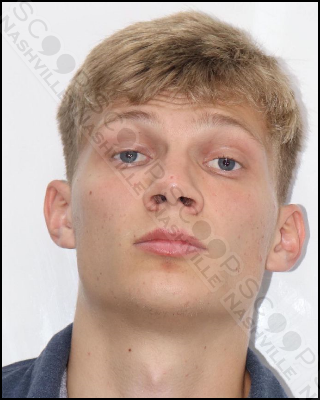 20-year-old tourist Keagan Larsh was charged with public intoxication after police observed him walk out of Rippy’s Honky Tony on Broadway just after midnight Friday night, whip out his willie, and urinate all over a trashcan on the sidewalk directly in front of the bar. He was unsure where he was supposed to be staying and was taken into custody due to his high level of intoxication.