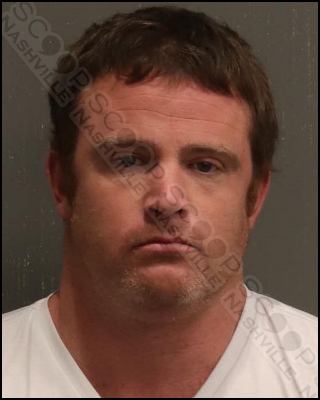 38-year-old Hunter Brooke Macfarlane, a tourist from North Carolina, was found on the floor of Miranda Lambert’s Casa Rosa on Broadway in downtown Nashville with his pants around his ankles, having defecated on himself while screaming: “They [security guards] are trying to kill me!” Security flagged down officers after the man refused to leave, and he was transported to booking, where he was charged with public intoxication and disorderly conduct. He is free on pre-trial release.