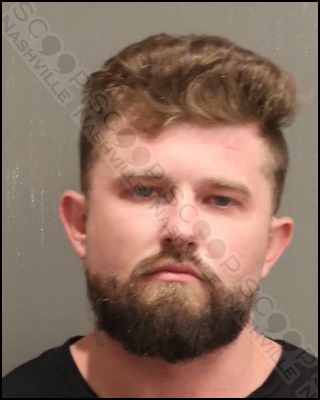 32-year-old Harry Brandon Russell, of Pulaski, is charged with felony aggravated assault/strangulation after police say grabbed his girlfriend, Shelbey Ebersole, inside a room of the downtown Holiday Inn Express in the early morning hours of New Year’s Day. The victim’s brother eventually had to pull Russell off of her after he slammed her into the wall of a bathroom and used both his hands to strangle her until she was unable to breathe and could no longer call for help. The argument reportedly started after he felt she came back to the room late and wasn’t answering her phone. Russell is free on a $25,000 bond.