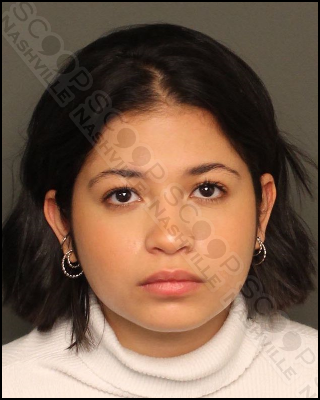 Police say 19-year-old Marem Youssef pocketed the debit card of a customer after checking her out at the Converse store at Opry Mills. When the customer reported the suspected theft, officers reviewed the camera footage and observed Youssef take the card. She apologized and returned the card while the footage was being reviewed. She is charged with theft and issued a citation, for which she self-booked this week.