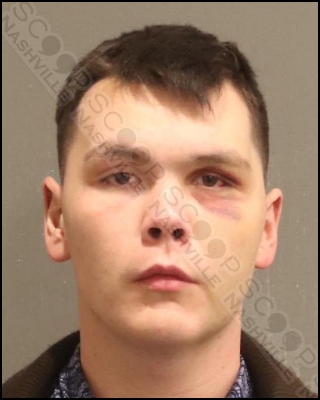 24-year-old Victor Bassett was booked into the Metro Nashville Jail late Saturday after police found him wearing only his underwear and a jacket while roaming around the 19th floor of the Kenect Apartments in midtown. He told officers he “probably drank WAY too much”.

He was reportedly knocking on random doors in the building, wearing no pants or shoes, saying he was trying to find his friends. He was unable to assist officers with finding his friends or a safe place to go. Victor Bassett was transported to booking and charged with public intoxication.