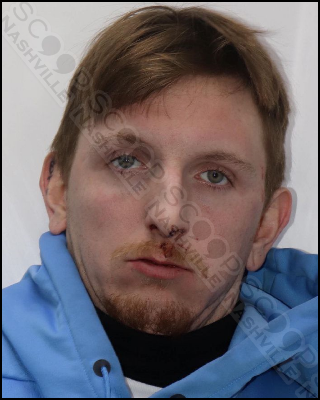 Metro Nashville Police say 23-year-old Preston Blake Weatherby attempted to cut the line for the men’s restroom near section 321 at Nissan Stadium Saturday during the Titans playoff game. When another fan confronted him about it once they had been inside the restroom, he reportedly wiped his hands across the face of the other man in an attempt to escalate the situation.

Preston Blake Weatherby admitted to drinking, and police say he was too intoxicated to care for himself. He was transported to booking, and charged with public intoxication and disorderly conduct. Weatherby posted a $200 cash bond, and was released to his 4205 Sweden Drive address in Hermitage.